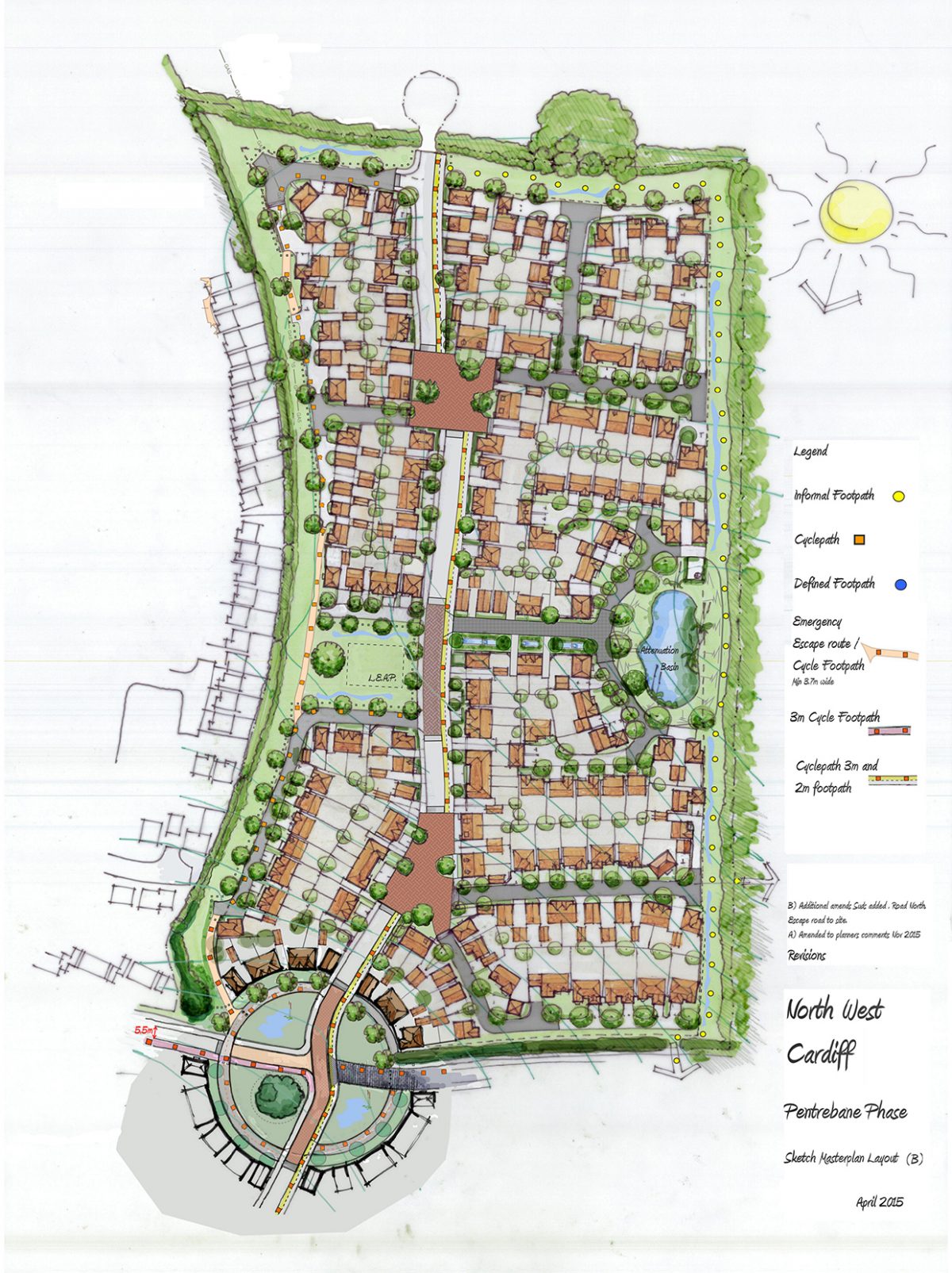 Work is starting on the next homes at Plasdŵr, Cardiff’s 368-hectare, £2 billion garden city taking shape to the north west of the capital.

Cae St Fagans is set within a section of an 8.8 hectare site to the south of Pentrebane Road in the St Fagans ward where Plasdŵr’s lead developer, Redrow Homes is currently preparing the groundworks for 120 two, three and four bedroom homes.

Redrow will develop up to 290 homes at the site over the next few years with the first Cae St Fagans residents expected to move in in Spring 2018.

This is the next part of Plasdŵr’s first phase, alongside the 630 homes already underway to the north and south of Llantrisant Road, bordering Radyr, where the first residents will move in next month.

Construction of the whole of the first phase is expected to generate 2-3000 jobs, while Plasdŵr in its entirety will create 30,000 jobs. Thirty per cent of the homes provided will be for affordable rent and low-cost home ownership.

This part of Plasdŵr will bring £3million of investment into the local community. £1.3million will be invested in transport improvements, including an extension of the existing bus service, and contributions to existing, wider plans for what has been described as the North West Cardiff Transport Corridor.

A further £1.3million contribution will be made towards Plasdŵr’s planned secondary school, plus £286,000 towards community facilities and over £80,000 for the provision of local allotments.

With up to 7,000 homes planned over the site bordering Radyr, Fairwater, Pentrebane and St Fagans, Plasdŵr is identified in Cardiff’s Local Development Plan as key to the city’s economic growth. It will have four distinct centres of individual character, each with a central square and primary school. There will also be a secondary school, shops, offices, health and leisure centres, pubs and restaurants.

Described as a 21st Century garden city, Plasdŵr has been modelled on the original garden city movement’s principles of “fresh air, sunlight, breathing and playing room”, designed around the natural landscape and will be characterised by green open spaces which will account for approximately 40 per cent of the whole site.

As it is developed, some £73.5 million will be invested in community benefits.

Plasdŵr project director Wayne Rees, said: “Plasdŵr will emerge fully over the next ten years or more, and, as we start work on each parcel of land, so its community will develop, which means the first residents of Cae St Fagans will be among the founding members of Cardiff’s garden city.

“While it’s hard to picture at this stage, it’s important to remember that Plasdŵr is not just a residential development, it will be a place where residents and other local communities will live, work and play.”

Developers are continuing to inform all stakeholders, including the neighbouring communities, on the plans.